Watch monitor in Serverless360 can notify the failure of Logic Apps or Azure Functions in near real time. The notification can be received on the configured notification channels. Watch monitor is designed to start monitoring with minimal configuration, and provide a failure report, within 5 minutes of the failure, with necessary information to take corrective action.

How to add a Watch?

Prerequisite
To watch an entity - a Logic App or an Azure Function, associating it to a composite application is a prerequisite

Watch monitoring on Logic Apps will look for any failure in the trigger history or run history. In case of a trigger or a run failure, the watch monitor would trigger an alert with failure reason on the configured notification channels. Below is a sample watch monitor report on a Logic App run action failure. 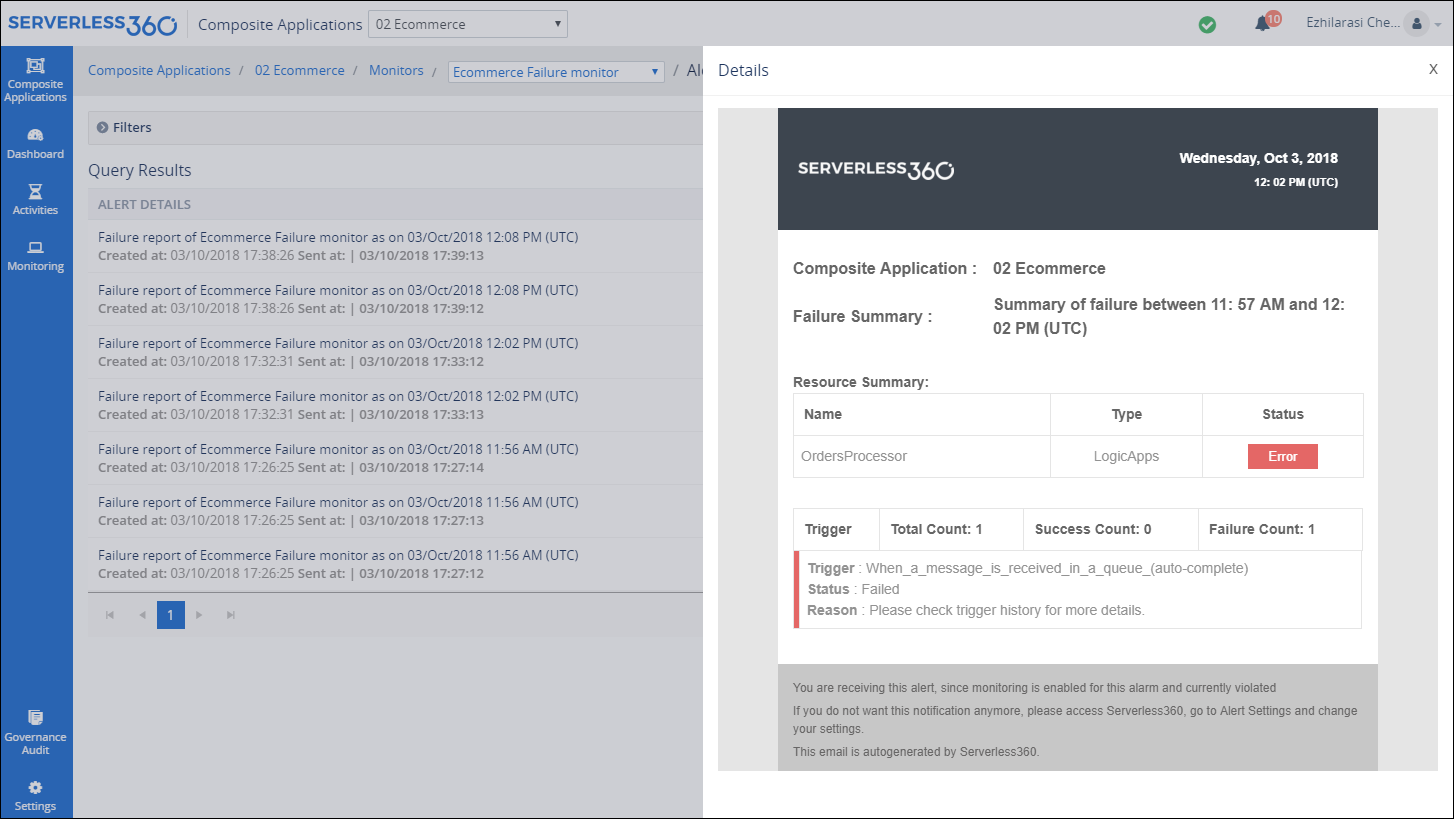 With Serverless360 watch monitoring in place any failure in the orchestration due to error in execution of Logic App or Azure Function can be brought into the notice of the required team to take necessary action in near real time.

We'd love to hear your thoughts
Please visit our feedback system to suggest new Features or Enhancements. You can also take a look at our Roadmap
Was this article helpful?